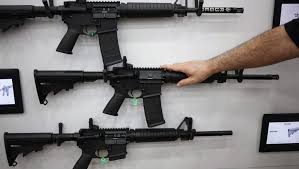 Happy Easter and other Stuff

It is Easter Sunday and we hope you all have a blessed day with your family and friends.

The big bunny came for a visit, and he really had a sense of humor being that today is not only Easter but April Fools Day , that darn bunny replaced candy with grapes wrapped in tin foil.  It made for a funny morning.
Senior has put ribs on the smoker and I will be making a mac and cheese along with deviled eggs. A nice peach cobbler will round out our day for dessert.

Seeds Catalogs are a spring time right of passage for me. Don't ask why but I like getting them in the mail. Its kind of like Christmas.  Baker Heirloom is a pretty good company with fast shipping. 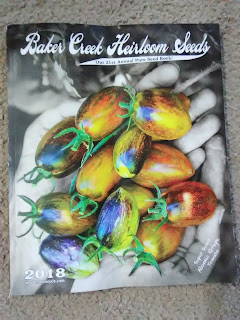 Ordered these seeds from them a few weeks ago and with every order you get a pack of free seeds. With our order they sent a "Black Tomato"  okay its not really black but purplish.  We are really excited about the Red Okra seeds we ordered, this variety is from Vietnam and should do really well when the temps get steamy, and as always to add in with our corn, I got some sunflowers.   Yesterday we got our corn in the ground and later today we will lay out our water lines.. 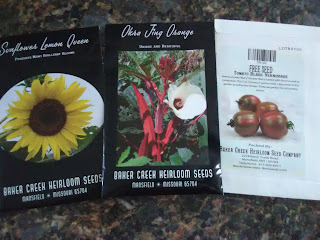 So as you can tell, things are busy, busy, busy...We are just so darn happy for warmer temps and nice dry weather and finally being able to be outside doing stuff.

That is has been a while since we last posted..  I assure you we are all alive and well. Just busy.  February was unseasonably warm, now March is here and its back freezing .Go Figure!!!!!
We did get our potatoes in the ground, along with some carrots and radishes. So far all is going well with them.
Then we have all been sick..fortunately not with the Flu but, with upper respiratory stuff  (aka: a really bad cold)

And  one day in February one of us had a birthday (okay it was me jugm)  the family made it nice, I got a Bill O'Reilly book "Killing England" which is really good, and a new 1000 piece mountain theme puzzle. 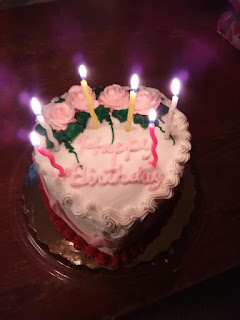 We also couldn't help ourselves and reconstructed our pig pen.  Then Senior went to an auction with our neighbor Farmer D and brought these two little girls home: 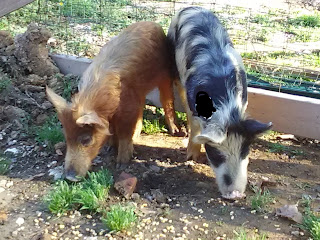 We named them "Penny and Dotty" which seemed kind of appropriate for their colors.  One thing I did not like is the agricultural people and auction house hot glued a tag to them. Once we got them home we had to hold them both down and pull the tags off, well a whole patch of hair came off too!..It looked awful.  But we have them settled now and they are adjusting to their new area. We have noticed that they are less active with the recent cold snap and stay bedded down more then on the warmer days.  But I know that as we head more into spring time and warmer temperatures they will once again be more active. I must say that I ( jugm) actually missed having pigs. I missed giving them our leftovers and watching them learn new things. They are quite intelligent.
Other news is both boys have started Spring Baseball....so we are there with practice twice a week. Somehow our team got lucky this season with no away games-- whoop whoop!

We have also noticed some new people have clicked our follow button...so welcome to you all.

We hope you all had a very Merry Christmas, and Thank you so much for all the well wishes. Sorry for our lack of responses, but kids have been out of school and driving JUGM batty at times..lol 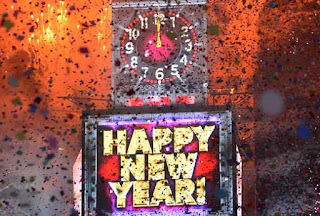 So here we are again at another New Year and hoping you all have a wonderful, prosperous, and safe 2018. 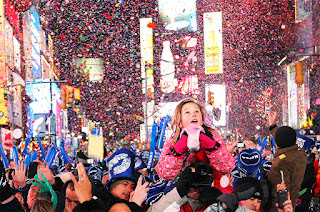 Wait until tonight at time square. They will release 34 Billion pieces of Hillary Clinton's email traffic , which tonight will be called CONFETTI...... HA HA HA!!!! 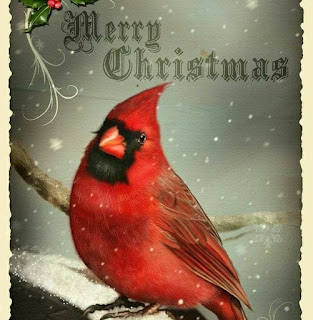 The end of the Christmas online shopping season has come to an end for Senior and his coworkers.  I can tell you he is very happy the rush is over. I think since Thanksgiving he has had 5 days off. Now he is on his first of two 3 day weekends and home relaxing and decompressing.

From our family to yours we want to wish you all a very Merry Christmas to you and your family. I pray that you all have a blessed holiday.

No snow here and other stuff

Happy Monday everyone! Well the storm that wasn't supposed to be came and went this past weekend and my area got dumped on with buckets and buckets of rain. That fine line separating snow and rain was literally just to our north... Bummer!

Senior has been extremely busy as of late. Some of you may or may not know that for almost the past 3 years, he has worked for the Veterans Health Administration both in Columbia and Charlotte. He has worked in numerous departments within the VA, where he met most of our current group members but he decided to abandon ship for reasons that he will explain once the holidays are over as he has been working a lot of hours. This last 2 week pay period he had 131 hours, 51 of that was OT because of the holiday rush. He actually told me that it felt like he was back on sea duty with as much time he is putting in but he loves his new job. The week before he started his new job, he went to Midlands Tech in Columbia and got his forklift certification before starting as the new warehouse manager. During his 12 hour day he gets to handle all kinds of firearms and firearms related products. Best part about the job, he can purchase them at cost and along with the most of the staff, they can carry at work. He really enjoys the family atmosphere, the warehouse staff is awesome.

And in a bit of some other news..  with the approval of my sister and I, my mothers guardian petitioned the court to sell her home,  it was not on the market for very long and a person who is a home "flipper" will be purchasing it. I wish I could say that there was no opposition to the guardian petitioning the court, but as luck would have it, my brother ( who has not seen his mother in a year)  had to be notified. Well, once he was sent the petition he immediately denied it and scribbled "Consent not given" across the bottom.  I know-what a jerk!

The funds from the sale of the home would be placed into a "Special Needs Trust" for mom. This was her house and this money belongs to her, why a child would deny their mother this is beyond me. And frankly it upset me quite terribly.
The court date came and the Judge pretty much squashed my brothers denial...it seems that if a person wished to argue against something then they needed to show up in court with representation and explain why. My brother never did that. So, the Judge immediately approved the sale of the home and the establishment of the trust. My sister and I were elated as this was a huge answer to prayer.  everyone we have talked to has told us this was the right thing to do and my sister and I  feel completely at peace with it. If you have ever had to do this, then you know selling your childhood home and having it cleaned out is probably the most difficult thing a child has to do, but it was the right decision and my sister and I no longer have to worry about the upkeep of a house that has been sitting vacant since my dad passed. The relief is overwhelming....

kids and their art


As proud parents, I have to brag we have been blessed with boys that are not only gifted academically and athletically but also artistically. Senior and I are speechless over the talent that we produced as neither of us can draw more then stickmen.

NW our oldest was inducted into the National Junior Art Honor Society, below is his Ronald Reagan. Yes he really did draw this, and it is hanging in his schools front office. The art teacher will be entering it in this years district wide art show. 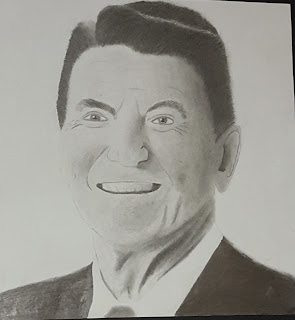 His real passion is military art and WW2 Planes, so for Christmas this year I am on the search for WW2 plane puzzles or artwork for his room, and etc. He is also into radio control stuff and is putting his art skills to work by designing and building his own RC plane. 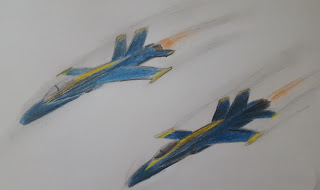 The Blue Angels in a dive 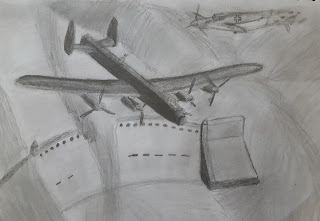 NW calls this one "The Dam Busters" 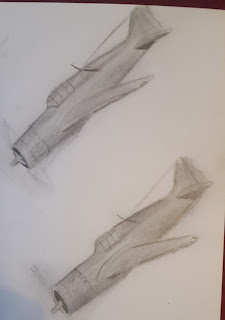 Twin Thunderbolts in a nose dive

Not to be out done by his older brother the youngest ND is in the 6th grade spelling bee finals for his school, and also joining the Academic Challenge team. His passion is robotics and is hoping to build a robotic arm for Christmas.
I guess I talk so much about them, because in this day and age, it is rare to find a set of kids that aren't getting into trouble, that care about their grades and want to make a difference in the world. They know they can't do those things with bad grades and going along with the crowd. God truly blessed with when he gave them to Senior and I.

Visitors From Around The World 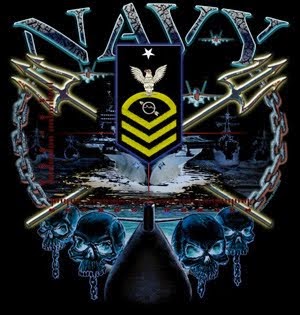